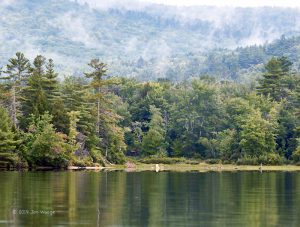 Jen in Turtle Cove photographing Canada geese to her right

There is not much new to report on this week. Pearl is still on her own a lot as her parents spend time with another adult. Pearl seems to be taking it all in stride…

Placido is still eating well and Kappy is waiting on a day to day basis for the best time to release him on Long Lake. 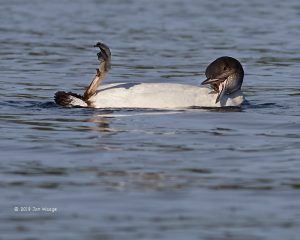 Just to remind us all how much Pearl has grown, here is a comparison of feedings by a parent from mid-June to late August. 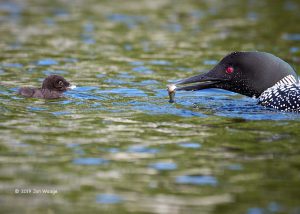 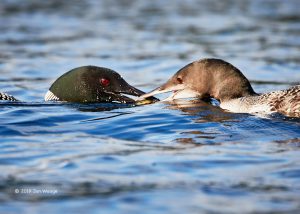 Oops, we made a mistake a few issues back – fooled by the mimicry we were talking about. The photos of a “Monarch” on Queen Anne’s Lace was actually of a Viceroy butterfly; a classic Monarch mimic. The following photos show the way to tell them apart. 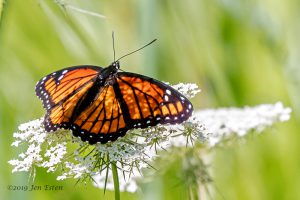 Viceroy — Note the thin black line that forms an arc across the two hind wings. 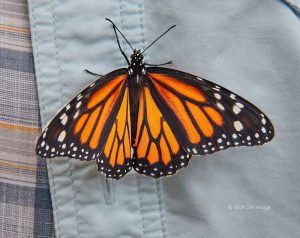 Monarch – The line is absent. Monarchs also have more white on the body and a different number and pattern of white spots on the tips of the forewings.

We noted back then that many insects found on milkweed shared the orange, black and white coloration of Monarch adults and caterpillars. Missing at that time was a favorite – the Milkweed Tussock moth (Euchaetes egle). Below is a caterpillar of one we found just two days ago. 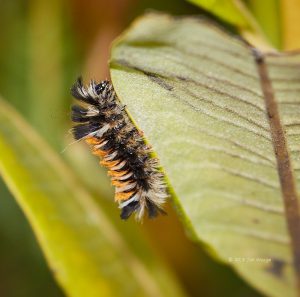 Canadian Geese in the Cove

It’s that time of year when the Canada geese are passing through; making goose music and leaving feathers. 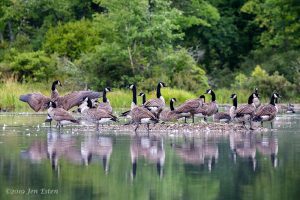 Resting and preening in Turtle Cove 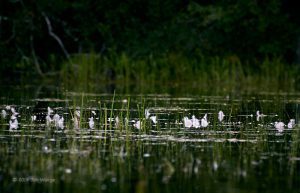 Goose snow in the cove … 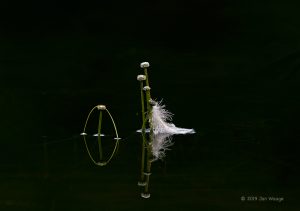 Goose feathers can be worth a closer look! The aquatic plant is Common Pipewort (Eriocaulon aquaticum). 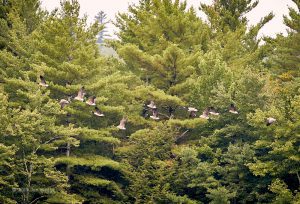 Goose music as they leave …

“Out of the clouds I hear a faint bark, as of a faraway dog. It is strange how the world cocks its ear to that sound, wondering. Soon it is louder: the honk of geese, invisible, but coming on.

The flock emerges from the low clouds, a tattered banner of birds, dipping and rising, blown up and blown down, blown together and blown apart, but advancing, the wind wrestling lovingly with each winnowing wing. When the flock is a blur in the far sky I hear the last honk, sounding taps for summer.

It is warm behind the driftwood now, for the wind has gone with the geese. So would I–if I were the wind.”
― Aldo Leopold, A Sand County Almanac