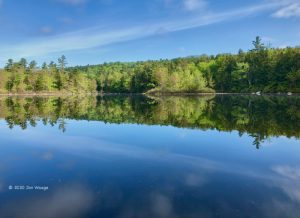 Turtle Cove is looking better. There are signs of recovery. Aquatic vegetation is coming back, there are plenty of red-spotted salamanders and tadpoles, not to mention turtles (painted and snapping). Beaver have been busy building and repairing a dam just north of the cove on Great Brook. We will re-visit beavers and why they are valuable in the watershed in another post. Perhaps the best news is that we are seeing schools of young perch, our loons favorite food for chicks, in the cove.

Around the cove, returning song birds are singing on their territories. Below are a Catbird and an Ovenbird. 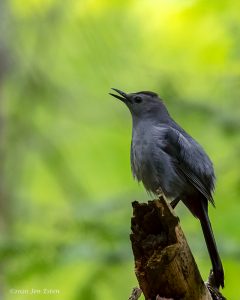 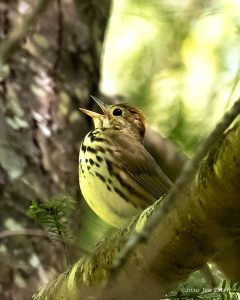 In addition, conditions are better for the loons. The eagles are dropping by less often and the cold snap seems to have knocked down the black flies that have been pestering the loons. 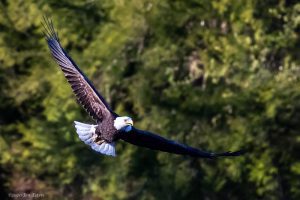 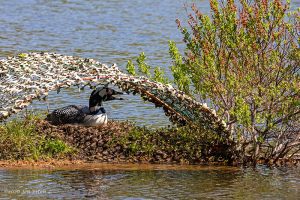 Loon on the nest with far fewer black flies. 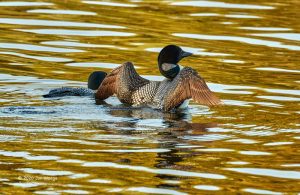 Two more relaxed parents during an evening exchange of nest sitting duties. The female is having a good stretch after hours on the nest.

The loons were not the only ones enjoying the relative quiet of the cove over the Memorial Day Weekend. A Hooded Merganser and her nine chicks have been present most days. 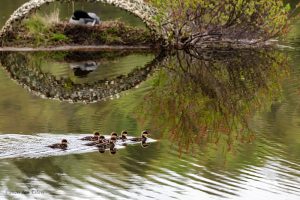 Seven of the chicks out for a swim while mom is off fishing. 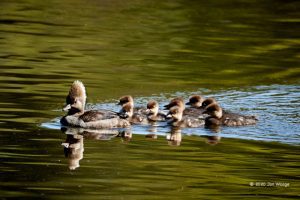 Here is the whole family.

The unusually warm weather seems to have accelerated Spring. We have been following wildflowers and their pollinators. One of the most important early Spring sources for nectar and pollen are popping up all around us. Dandelions bloom well ahead of most native flowers. 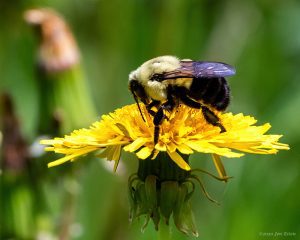 Dandelions were probably brought to North America by early colonists because of their food and medicinal value. They are a controversial plant. On the one hand, they are a very important early source of nectar and pollen for many species of insects (see below for some) and they and their seeds are eaten by many birds and mammals in our area. On the other hand, dandelions are considered unwanted weeds by most homeowners. 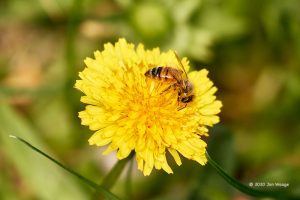 Honey bees, also introduced from Europe, are an important part of our food economy as crop pollinators and a source of honey. They are also in decline.

Native bees and wasps have suffered greatly from habitat loss, pesticides, and competition with honey bees. Many native flowering plants depend on specialized pollinators. Honeybees are not good at filling that role.

Bumble bees are able to fly in cool weather and thus are major pollinators of early flowering native plants (think blueberries). Bumble bees, and other native bees, depend heavily on the abundant pollen and nectar of dandelions to keep going while waiting for their native hosts to bloom. 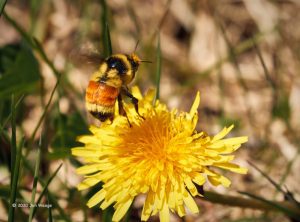 Tri-colored bumble bees (Bombus ternaries) are one of the more colorful early pollinators.

Two other species of native bees on dandelions. 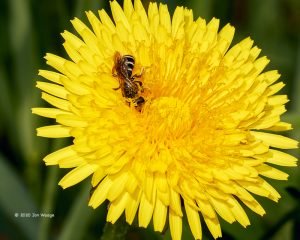 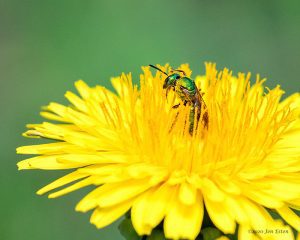 Dandelions produce copious amounts of pollen and nectar, but they do not need pollinators for reproduction. Each flower head contains hundreds of florets and each one produces a seed that is genetically identical to the plant through a process called apomixis. It is truly fascinating that dandelions are such an important nectar and pollen source when they don’t need to be for their own reproduction. 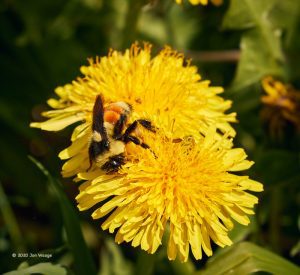 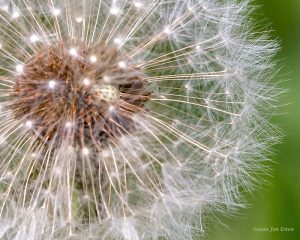 Each seed is a clone of the plant that made it.

What dandelions are especially good at is getting into open spaces, growing fast and early, and reproducing before other plants overshadow them. So, what do we do if we do not want them in our yards? 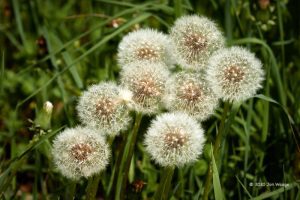 It is easy to see how dandelions are able to get to open areas to grow. Each plant can produce thousands of seeds, each with its own built in dispersal mechanism.

One way to strike the balance of weedy pest and important nectar source is to move from yards that are closely mown monocultures of grass to ones that are clover or meadows of grass and native plants with an early wave of bright yellow every spring. When you consider that habitat loss is a huge reason for the decline of insects and birds, and that the total area of lawns in the US is about the same as the total area of all of New England, it makes sense to convert at least some of that lawn space into meadow.