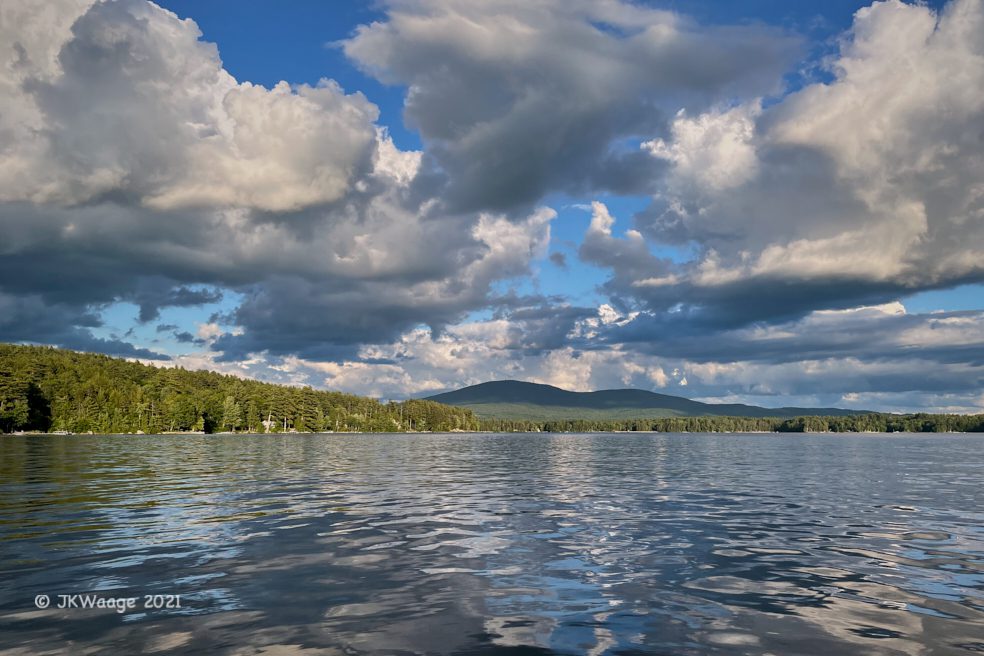 Yesterday our first 2021 Loon chick hatched. John Ryan was asked to name the Loon chicks this year. Honoring Kittie Wilson’s tradition of naming the first chick as a male, with P for Pleasant Lake, this one is Paul. If the other egg hatches, it will be Paula.

When the new female was just getting off the nest, we had a good look at her new chick and the other egg. 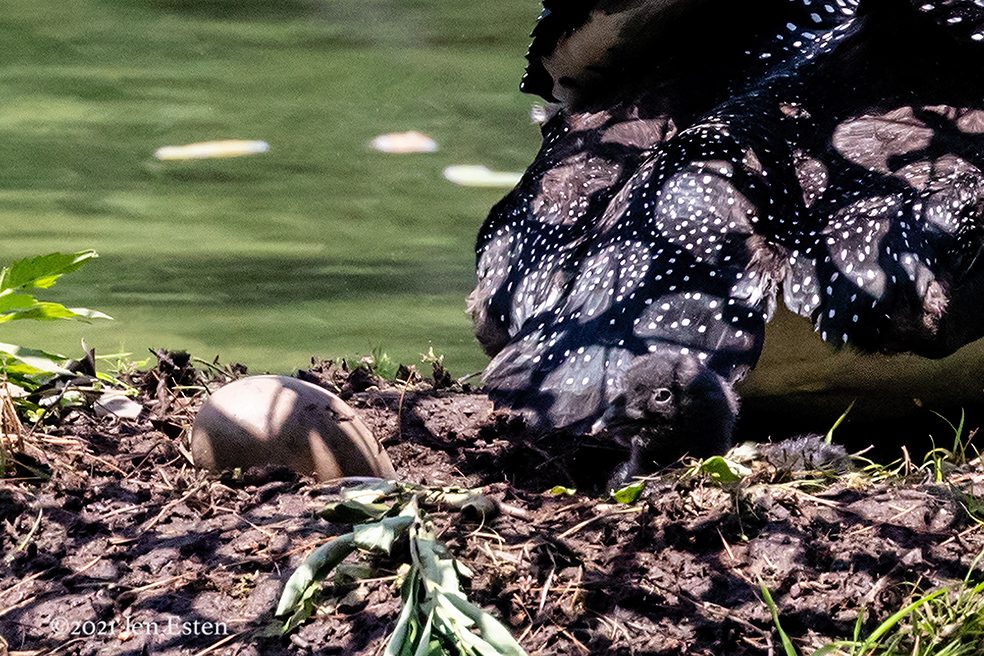 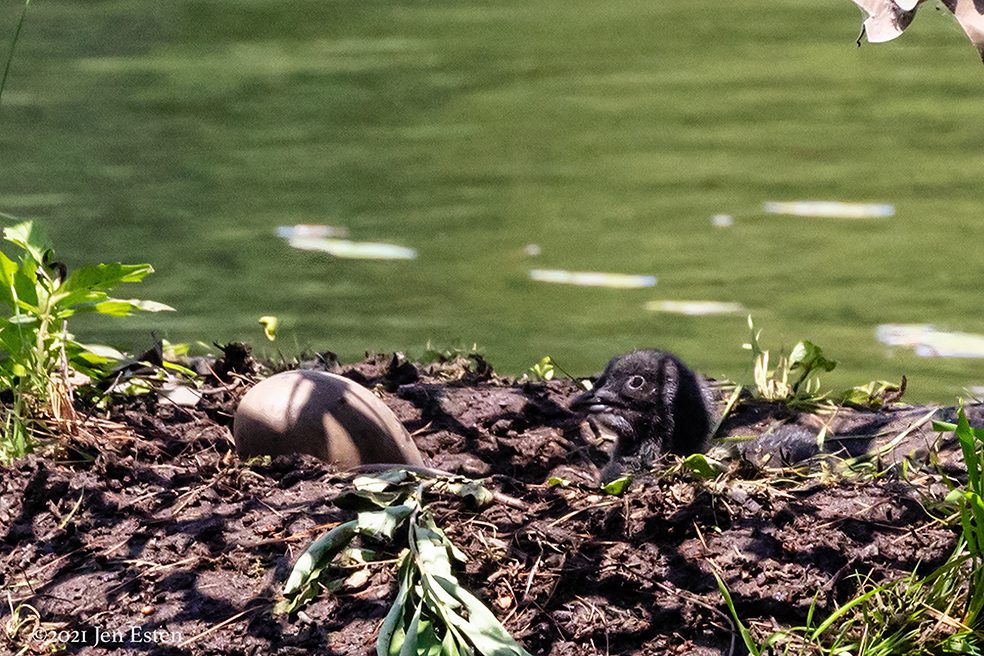 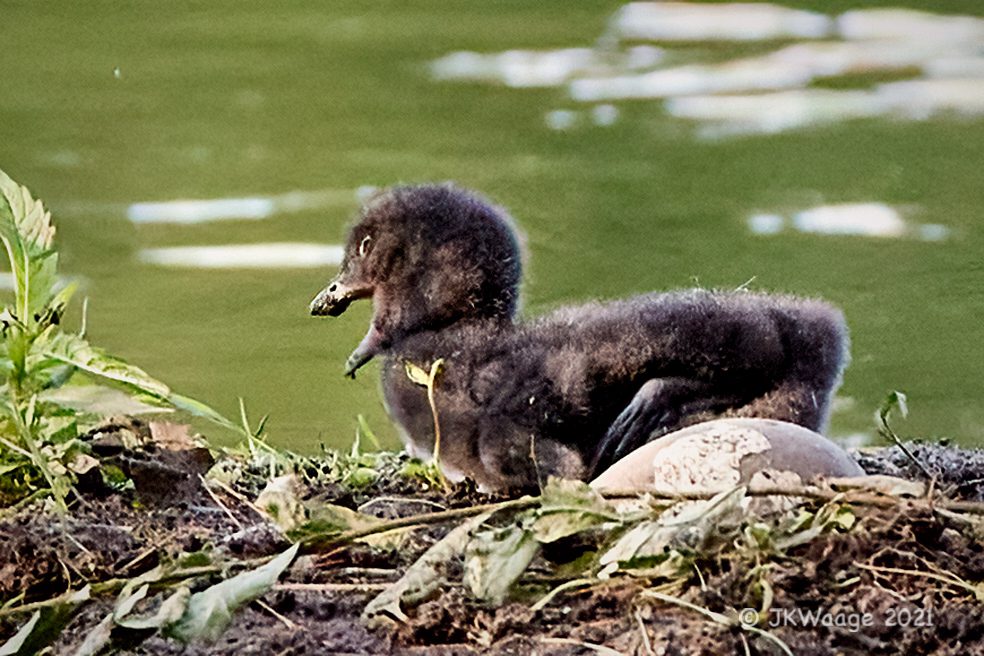 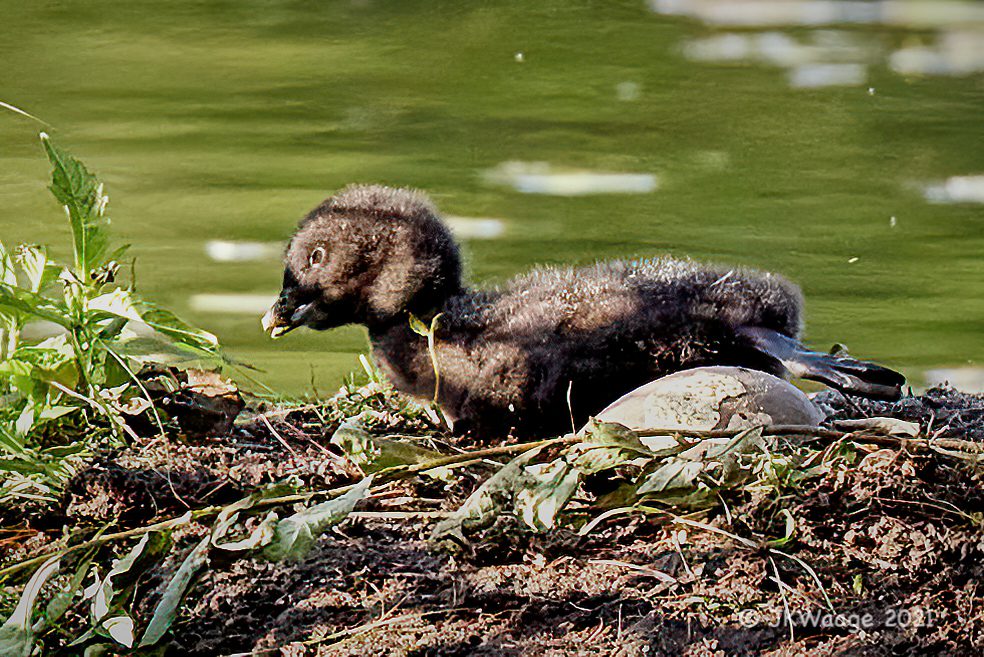 Below is our banded male Loon climbing on the nest to continue incubating the second egg. 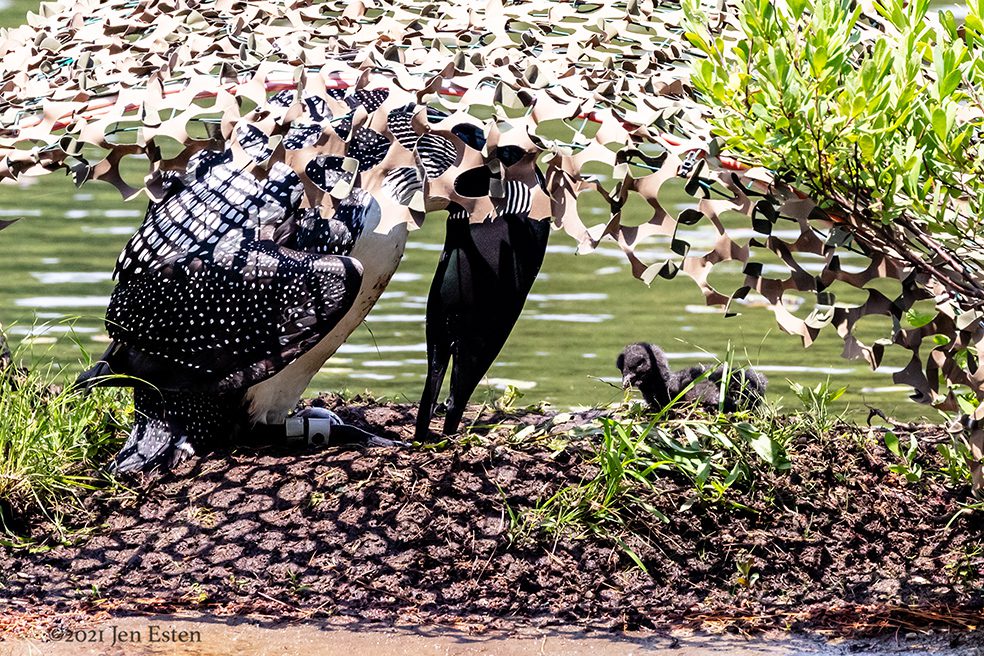 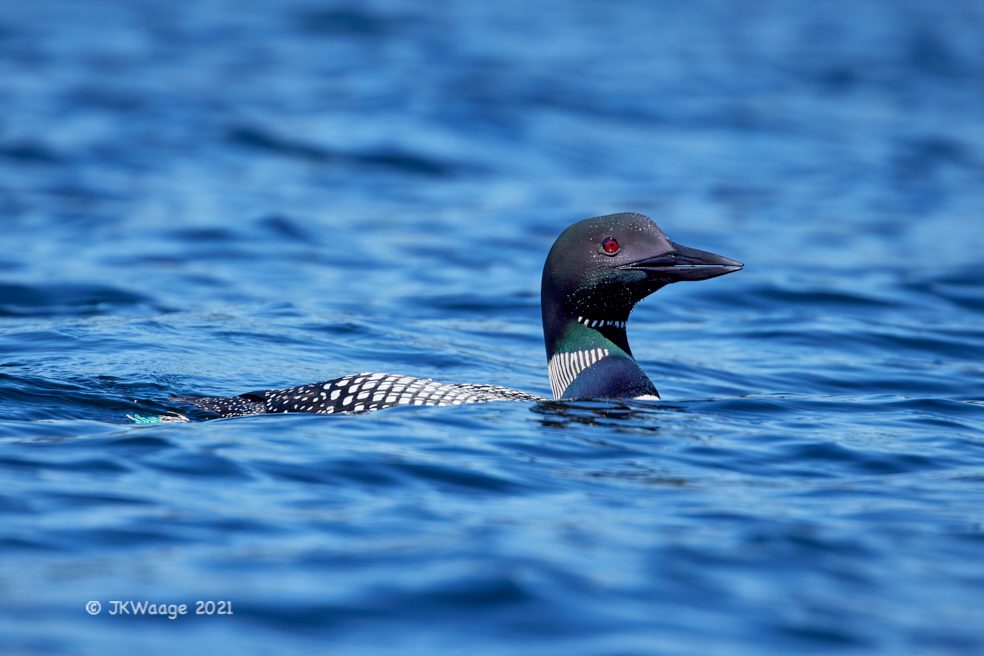 Our previous female is still on the lake and she continues to try to win back her territory. We often see her on the Elkin’s end with one or two other Loons, one of which might be our long term male.  On June 27th she made an appearance near Turtle Cove, spurring the new female to aggressively defend her territory and nesting area. They had quite a fight, and our previous female beached herself in her attempt to escape the others’ attack. 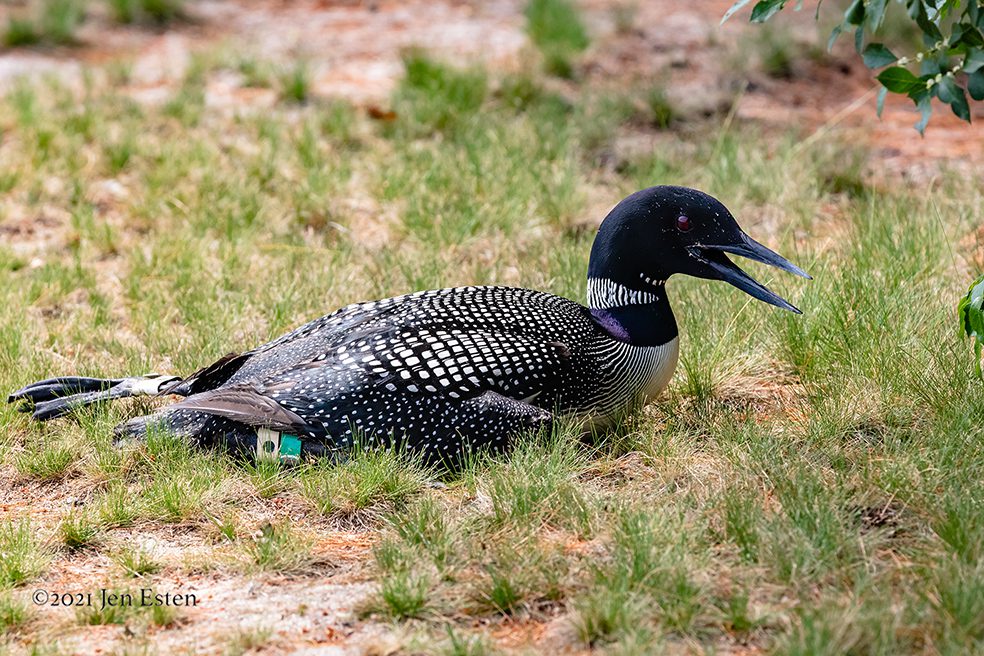