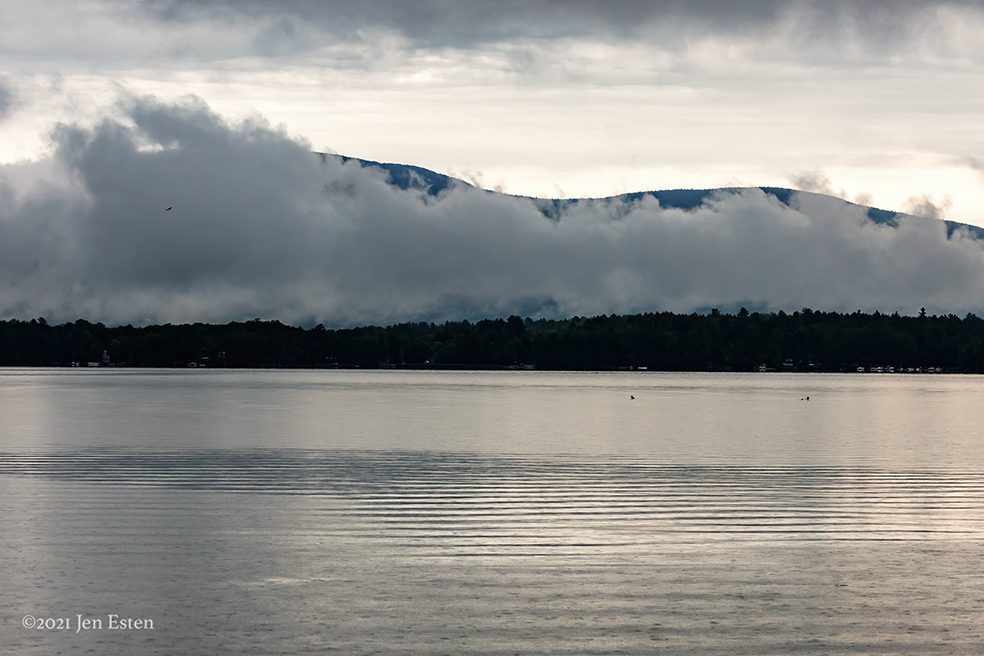 Since the last newsletter we have been checking the Lake daily. Sadly, we have come to the conclusion that the Loon chick is gone. However, we have been seeing a very interesting and hopeful transition. Our male and his partner of the previous 14 years have been together every time we have seen them.

During the annual LPC Loon census on July 17, we saw our pair together and the new female on her own. The picture above shows our pair in the distance on that cool rainy morning. 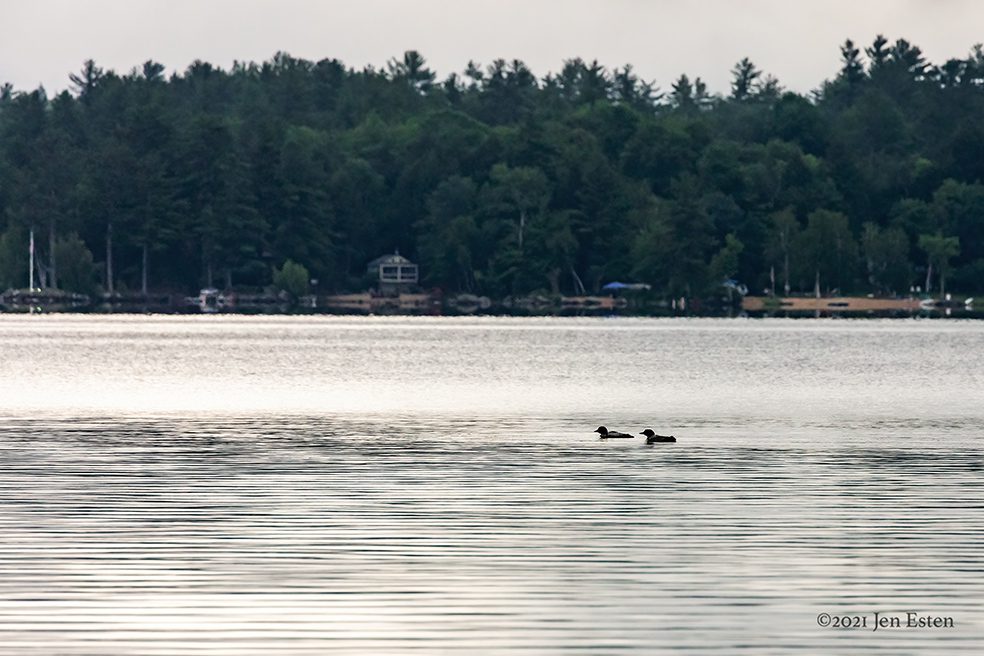 Below, the ‘new’ female Loon revealed battle scars, like the white spot on her head, from her fights  with ‘old’ mother Loon. 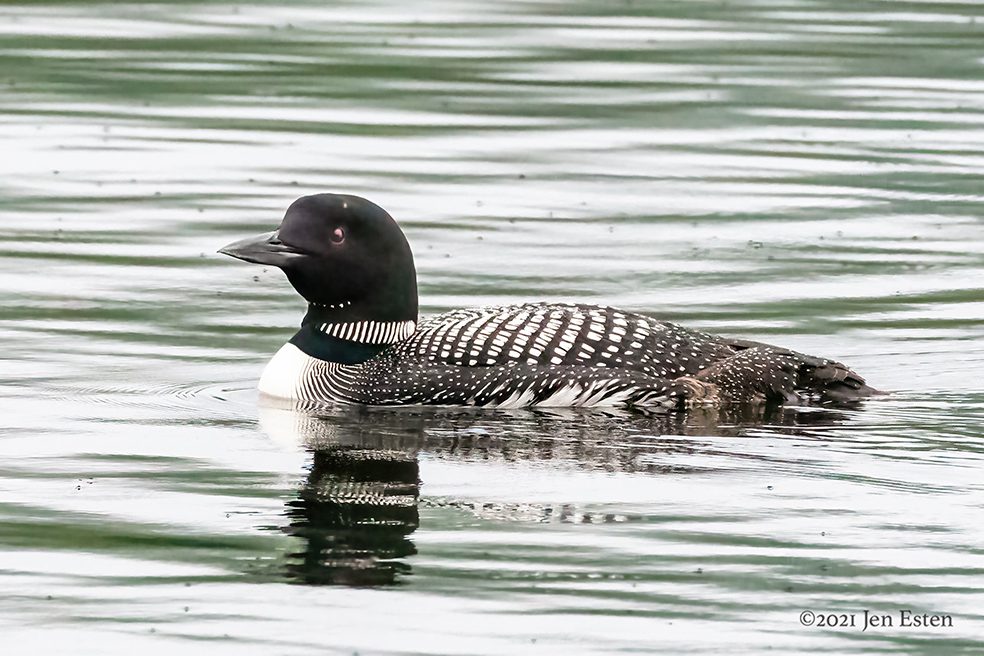 Is Our old Pair Re-bonding? 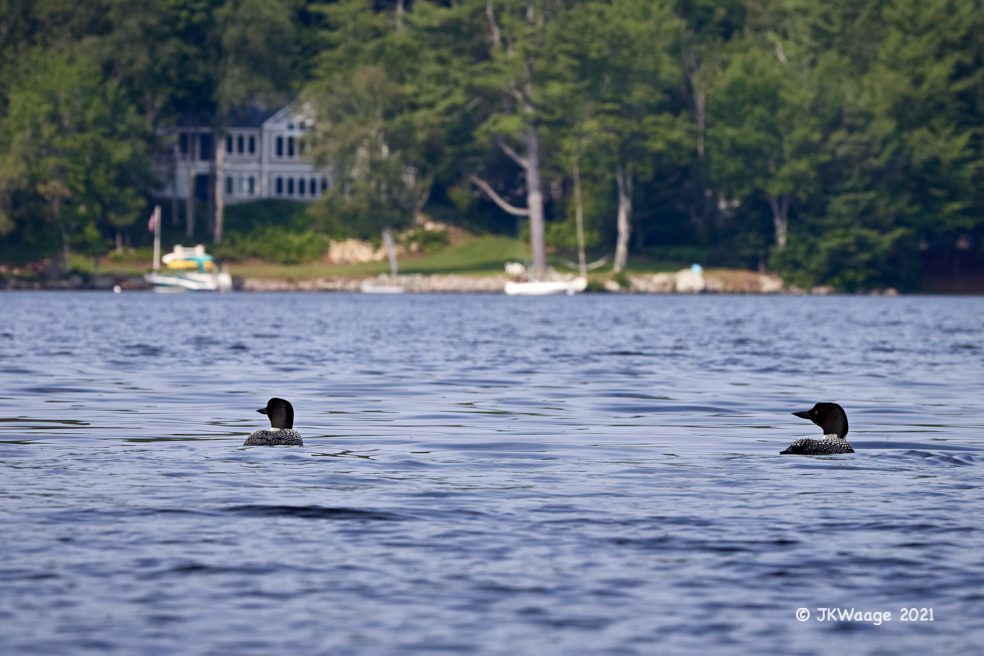 We are hopeful that they are re-establishing their pair bond and this is supported by some recent observations. 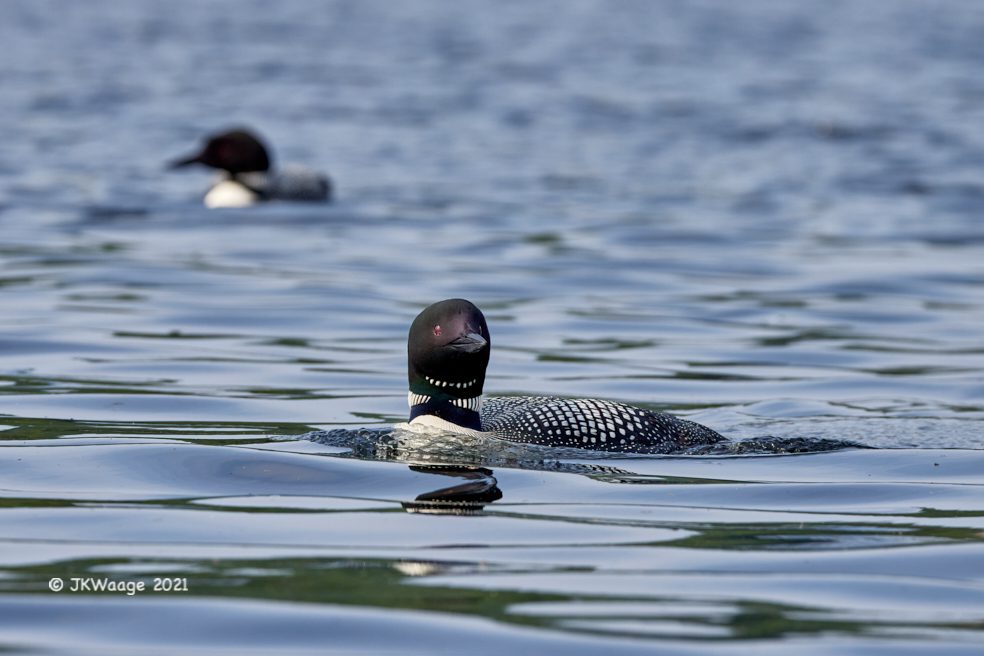 They fish and preen together, and call to each other when they get separated. Loons have several distinct calls (listen to them here). We are hearing the “Wail” which is mostly a “where are you” between pair members and “Hoot” calls which is short range communication within the family. 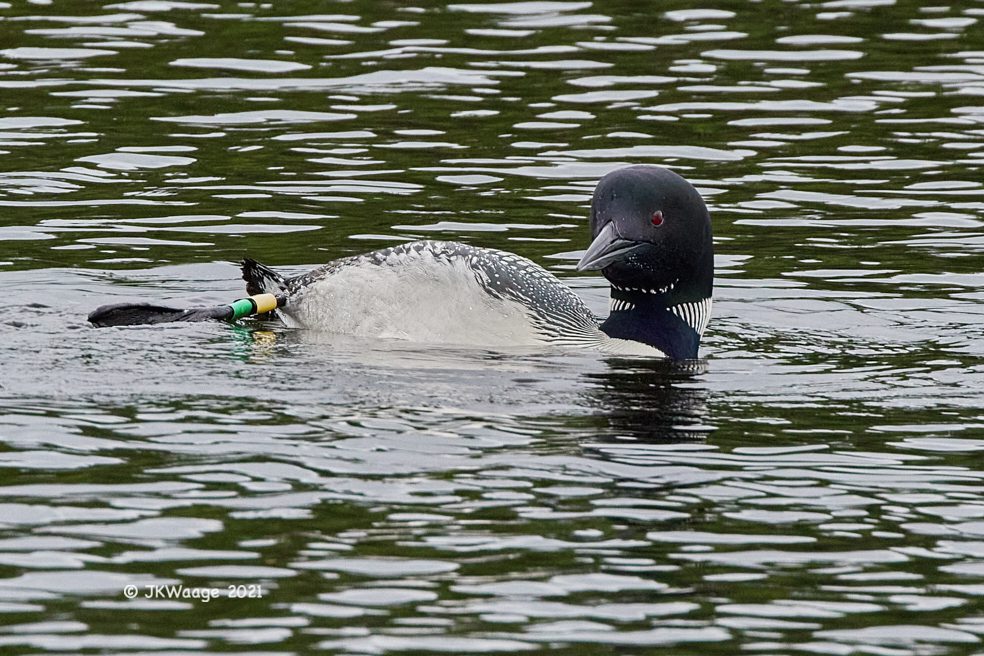 Preening female in good shape with the familiar Yellow-Green bands on her right leg. 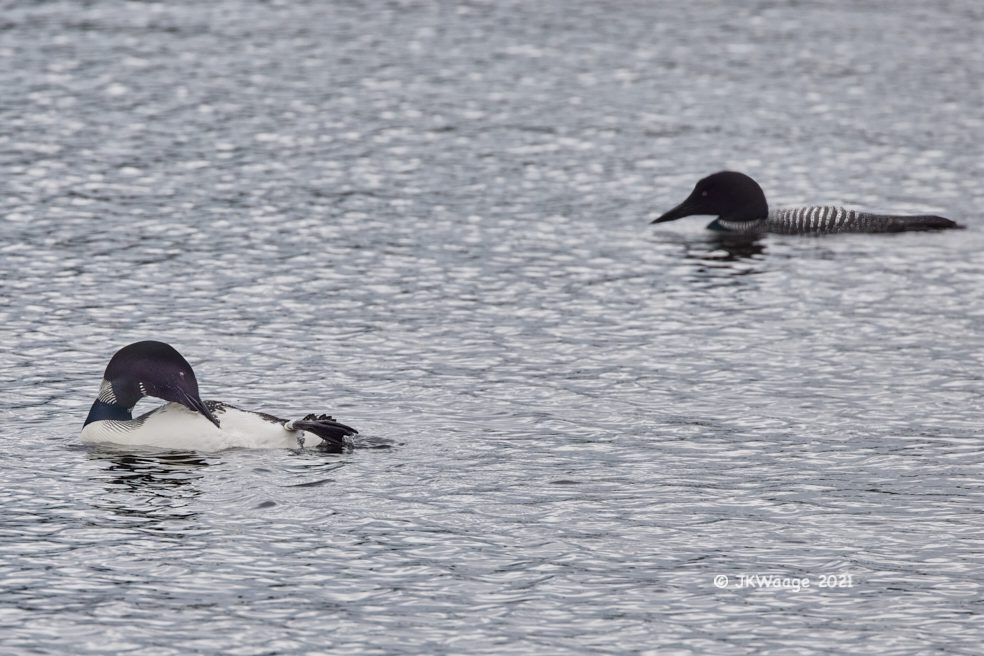 A few days ago, the pair was near Turtle Cove doing synchronous underwater dives. The first photo below shows the pair close to shore and about to dive. In the second, the female has just gone under and the male would soon follow.These differ from the circling, head dipping, and aggressive chases seen when the two females were fighting. 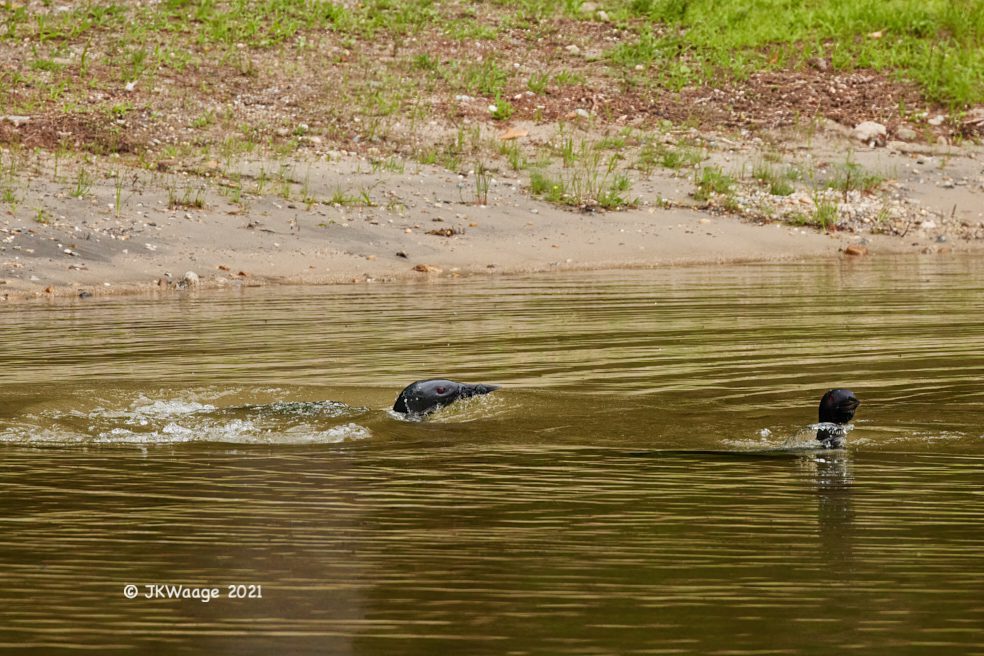 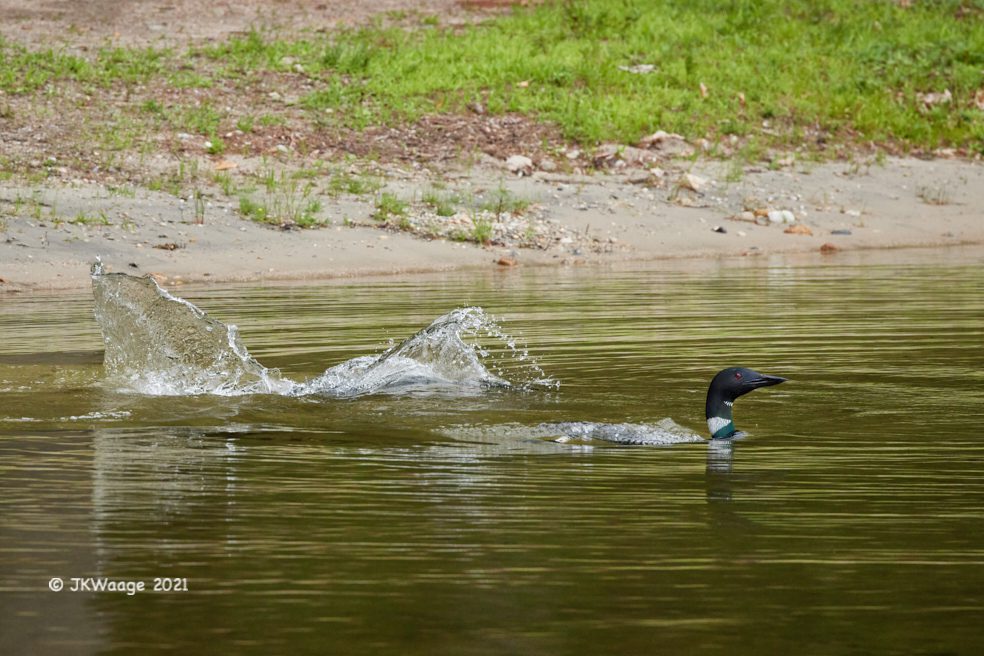 After one of these “courtship swims” they went into the cove and swam around the nest raft. To our surprise, the female went up onto the raft (see below). Loons mate on land, and she might have been inviting him. The male did not follow her and after about 5 minutes she got off the raft and they left the cove. 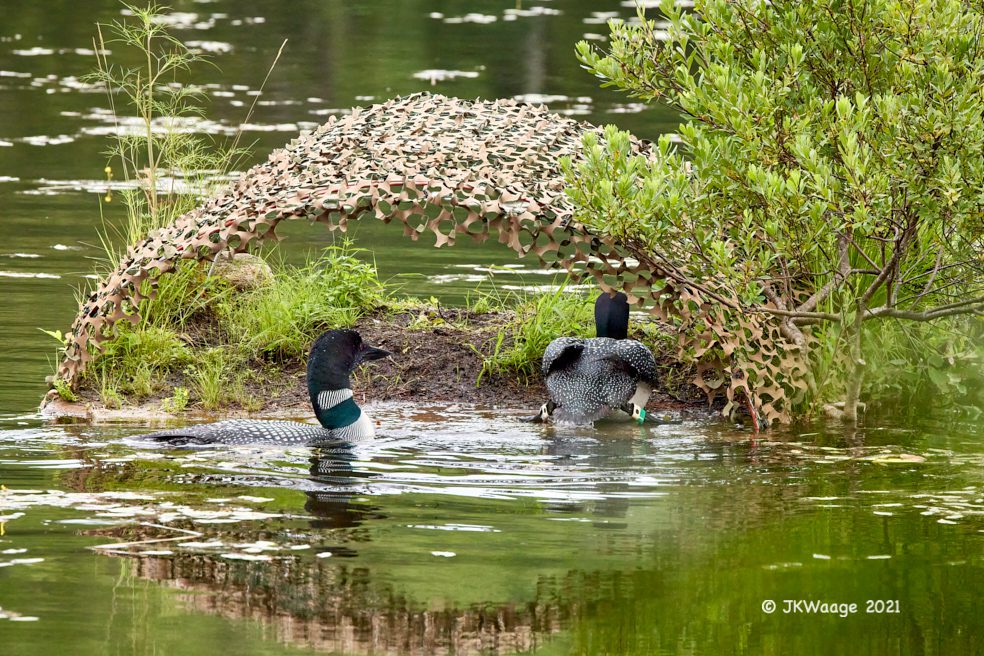 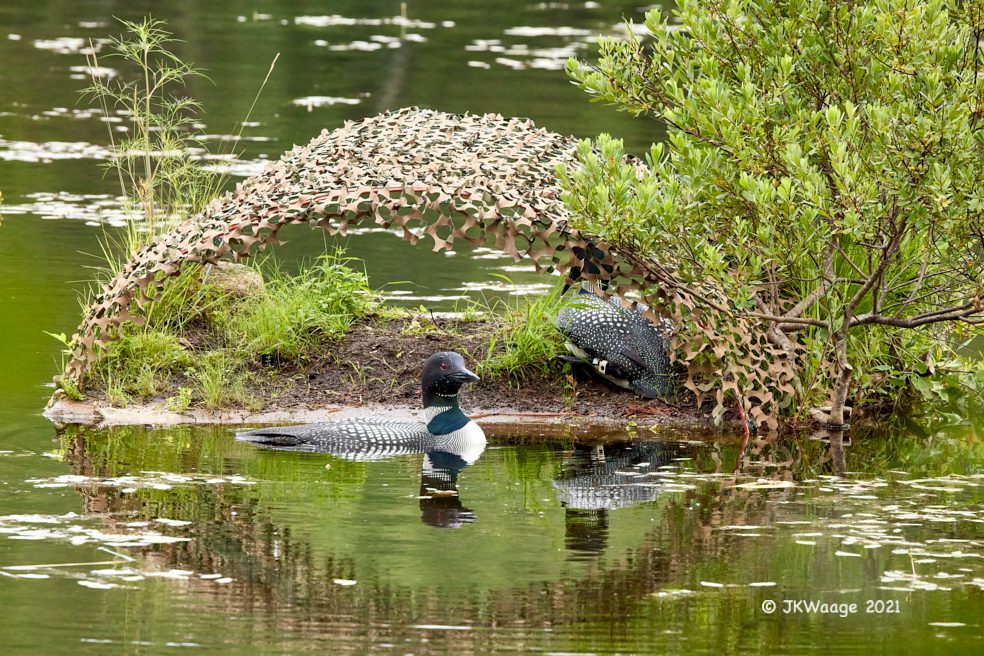 Although it looks like they are re-establishing a relationship, we hope they do not produce eggs this year because any chicks might not have time to fledge before ice-in. The future is still uncertain; next Spring we will see if they are still together and whether the “new” female or another loon challenges them again. 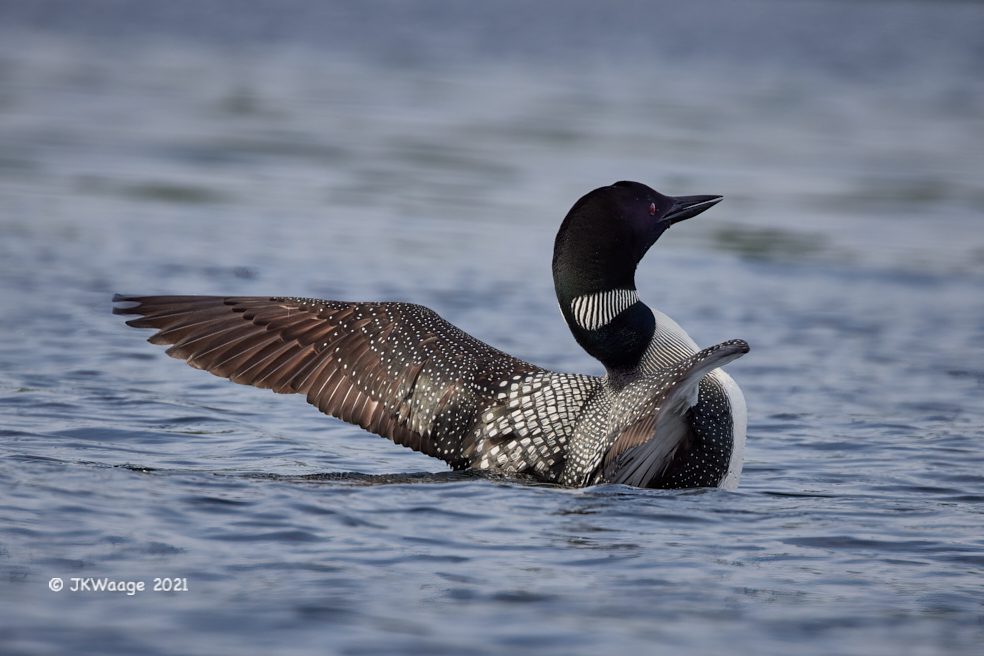 For now, their closeness and bridling seems, at least to us, a celebration of a turn for the better on Pleasant Lake. 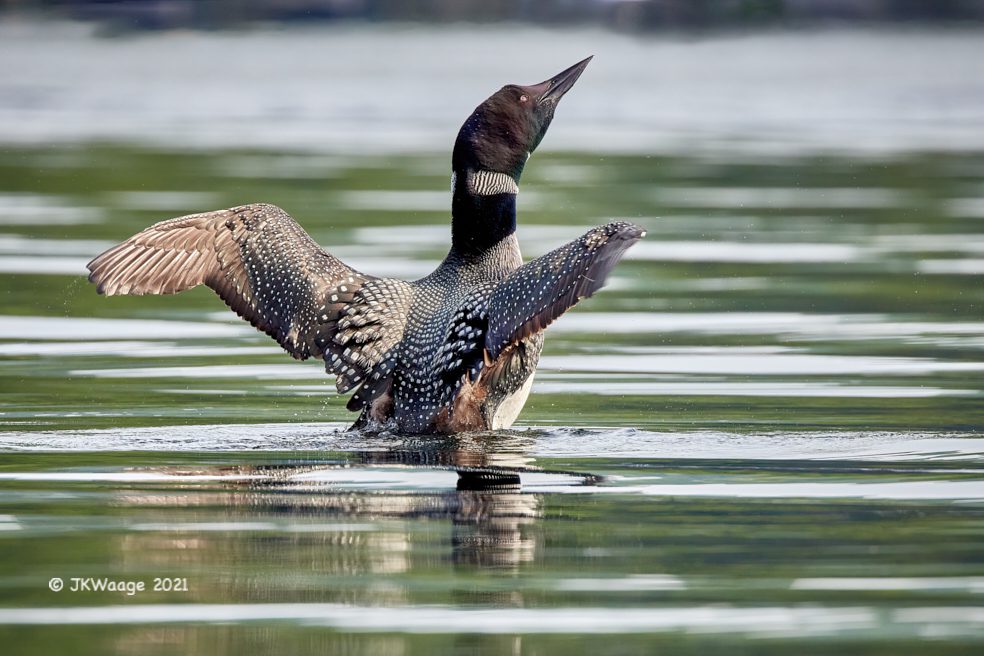 Words and Photos by Jen Esten and Jon Waage.